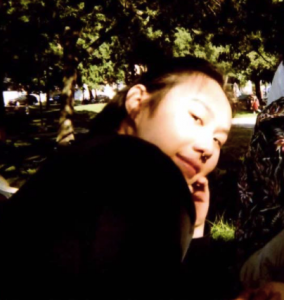 Love Rind represents a delicately curated roster of independent and modern artists for one-stop sync licensing. We strive to empower artists and showcase their music through various mediums. We strongly believe in representing tracks that complement visuals and pack a mean punch. Below are brief overviews of the artists on the roster:

Kurt Inder – Kurt Inder is an artist currently living in Toronto, ON. He is focused on healing, and loving. He bears an overwhelming feeling of his soul being pulled towards the night sky or the setting sun. He is inspired by everyone and everything at all times. He has written, recorded, and criticized his own music since 2015, and has played in groups such as Beverly-Glenn Copeland & Indigo Rising, Luka, and No Problem. Born in Newfoundland, and introduced to writing and recording by himself. He enjoys music as his primary form of expression and artistic exploration, along with painting and thinking.

Harley Alexander – Harley Alexander’s distinct brand of lo-fi indie folk/pop music metabolizes friendship, family, love, tree-planting, childhood trauma, the comical absurdity of everyday life, and unites them into healing art. His live performances seek to create an environment where everyone feels comfortable in their own skin and safe to exist within their deepest truths. He wants the audience to leave feeling free to explore the depths of their beings free of guilt and shame. After obtaining a certificate in Recording Arts from NSCC, Harley has been engineering and producing music in Halifax for the past decade. During this time he has worked alongside artists such as Charlotte Day Wilson (as well as The Wayo), Walrus, Billie Dre and the Poor Boys, and Robert Loveless – either headlining shows and touring, recording and producing, or making music together. He currently resides in Montreal, ON.

Fog Lake – Aaron Powell (Born 1993) is better known by his lo-fi singer songwriter moniker Fog Lake where he creates music that’s been described as “a complex collage of nebulous angst and heartfelt nostalgia”. Born and raised on the island province of Newfoundland, Canada in the small rural town of Glovertown (populated by only about 2000 people). Powell began recording drone music in his high school years before moving onto more pop-oriented structures later in college. Today, Powell lives in Montreal, Quebec writing, recording and performing with his live act.