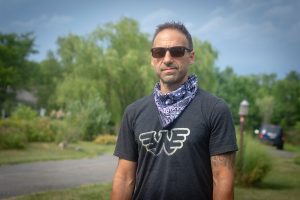 After years of living in New York City and balancing his career as a musician with a raw talent for business, Joel Feinberg signed on with de Wolfe music in the early 2000s and immediately recognized the fit as a perfect one. Joel’s intuitive understanding of the musical zeitgeist, his capacity for connection, his bottomless resources of energy and curiosity, and his outside-the-box thinking quickly made him an invaluable asset.

More than a decade later, Joel emerged as founder and CEO of de Wolfe Music USA, the sister company to UK based de Wolfe Music. A 110-year-old music publishing company and the creator of what is now known as production music, de Wolfe Music has created and licensed music in all forms of media since the birth of silent film. De Wolfe music is currently licensed directly in 48 countries.

Over the past 16 years Joel has procured thousands of sync licenses, facilitated custom composition for TV and film, and produced countless records for both the sync and commercial markets.

Joel is instrumental in all aspects de Wolfe’s ventures from all things digital to based music, where the company quickly established itself as a forward-looking broker of catalog music, providing amazing, off-the-beaten-path retro samples for many of Hip Hop’s biggest stars. “For me,” said Ad Roc of the Beastie Boys, “de Wolfe Music was the best.”

Joel is an accomplished guitarist and commercial composer himself, as well as lifelong martial arts practitioner and teacher. Joel continues to facilitate the growth of de Wolfe Music, both in the United States and worldwide.