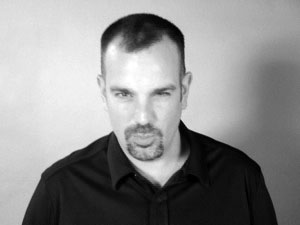 On February 5, 2023, from 10 AM – Noon Pacific/1 PM – 3 PM Eastern, Music Supervisor Joshua Rabinowitz joins us for what promises to be a fantastic Supervisor Listening Session.

Brooklyn Music Experience Founder, Joshua Rabinowitz for what promises to be a fantastic Supervisor Listening Session.

Josh Rabinowitz’s mission is to produce a hit record through an ad.

Over the past decade and a half, he has written and/or produced over 5,000 tracks for brands globally.

These include some of the most high profile initiatives to integrate compelling music with advertising, including Rihanna’s breakthrough music/ad campaign with Cover Girl utilizing her hit song “Umbrella”, Macy Gray’s version of “Walk This Way” and Los Lonely Boys’ version of “I Walk the Line,” for the SONY Walkman, and, Alana Davis’ cover of Crosby, Stills, Nash and Young’s “Carry On” that landed her a deal with Columbia.

In 2008 he created the record label PANTENE/GREY MUSIC, the first imprint to release music as a joint venture between a brand and their agency, which released the digital single entitled “Shine” by Rosi Golan on iTunes.

In 2005 he accepted the position of SVP, Director of Music, at Grey Worldwide, where he has worked in the studio with Cyndi Lauper, Harry Connick, Rihanna, Natasha Bedingfield, Chuck D, Bo Bice and Queen Latifah, amongst others.

Some call him “the voice” of Music in Branding and Advertising.

The Sync Music Listening Sessions connect and your music to a top music supervisor, sync agent or producer who will listen to your music, give you invaluable feedback and connect with you on a personal level.

Sign Up For This Listening Session With Josh Rabinowitz