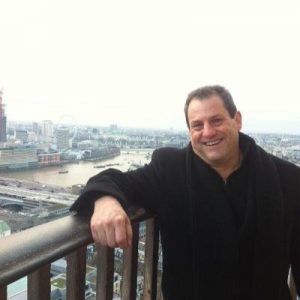 On December 18, 2022, from 10 AM – Noon Pacific/1 PM – 3 PM Eastern, Geico/Target (and many more) Music Supervisor Gary Nuell joins us for what promises to be a fantastic Supervisor Listening Session.

Gary Nuell has decades of extensive relationships throughout the entertainment industry.

He currently serves as a music supervisor for GEICO, Target and other companies licensing music for memorable commercials. These include the currently running Troggs “Wild Thing” motorcycle commercial, the recent hilarious Whitesnake “Here I go again” wedding scene commercial and so many more!

A casual conversation with Gregg Allman’s manager led to licensing The Allman Brothers “Midnight Rider” for GEICO ‘s “Money Man” in 2013 and the success of these campaigns where he has contributed has continued to this date.

He started as a talent buyer at Washington University in St. Louis, promoting artists such as U2 and INXS on their first US dates and has toured with legendary artists such as Pink Floyd, The Rolling Stones, David Bowie and many more.

He now leads Nuell Entertainment LLC where he has worked with companies such as AEG Live, Goldenvoice on Coachella and Stagecoach Music Festivals in addition to Live Nation, Bottlerock Festival and too many events to name as well as brand partnerships with GEICO, Target, P&G, In-Bev, Monster Energy and so many more. He’s a published author whose book “Every Picture Sings a Story” is in the Rock and Roll Hall of Fame Library and Archives in Cleveland OH where his photos were used for The Moody Blues induction as well as being displayed at the Grammy Museum in Los Angeles.

Click the button below to register – after registration you’ll get an email with the details on how to access the session.

Sign Up For This Listening Session With Gary Nuell