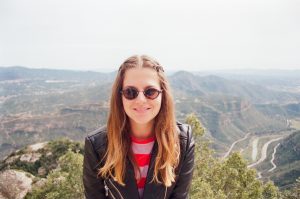 On April 5, 2020, from 10AM – Noon Pacific/1 PM – 3 PM Eastern, Vice Music Supervisor Jackie Palazzolo joins us for what promises to be an amazing Sync Listening Session.

Jackie is a Music Supervisor at VICE Media where she is responsible for the music curation, licensing and clearance for various VICE productions including “VICE INVESTIGATES” on HULU and the upcoming “VICE” on SHOWTIME series. She previously worked on “VICE” on HBO and VICELAND’s “States of Undress,” “Epicly Later’d,” “King of The Road” + more. She also freelances and consults on independent films & docs. Prior to joining VICE Media in 2014, Jackie worked as a production assistant at FUSE TV where her love of music & television crossed. You can usually find Jackie at a show 3+ times a week, where she is most likely nodding along to an up-and-coming rock band.

The cost for taking part in this Listening Session is $75 and includes the session, listing in the Session playlist and access to all session video archives. To register, simply fill out the form below: