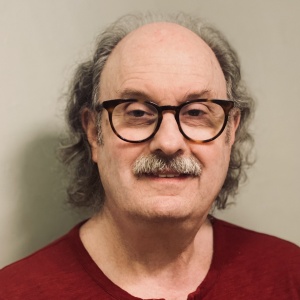 On Sunday, April 3, 2022, from 10 AM – 1 PM Pacific/1 PM – 3 PM Eastern, we’re holding a listening Listening Session with one of the leading sync agents in the industry and one of the best sets of ears for sync I know, Steven Scharf, the President of Steven Scharf Entertainment.

Since then, Steve has been very active in signing new emerging and veteran artists upping his roster to a wide variety of artists and composers including the representation of the vintage label-publisher Jamie Records of Philadelphia.. With key strategic placements in TV Series such as”Godfather Of Harlem” – EPIX, “Dexter” – Showtime, “9-1-1” – FOX, “I Want You Back” – Amazon Prime, “Pieces Of Her” – Netflix, “The Last Days Of Ptolemy Grey” – Apple TV +, and upcoming syncs in “Minx” – HBO Max and “Maggie” – Hulu. and many new ones to come, Steven is forging a path with film and commercial placements as well as scoring of many new projects with his composers including two TV Movies, a Mini-Series, Feature film and a theme song for a new Discovery series.

Why are Sync Agents important and why should you attend this session?  Simply put, They are the gatekeepers to music supervisors. They are the people that day-in, day-out, work with music supervisors as the go-to people to provide music for trailers, films, TV shows, games ads and brands.

Working with music supervisors is all they do, and signing with one can help you to get more syncs than you can on your own, they know what music supervisors want and how to help you connect to projects.  For more on why Sync Agents are important check out our blog post about it here:  https://syncsummit.com/rep

The Sync Music Listening Session connect and your music to a top music executive who will listen to your music, give you invaluable feedback and connect with you on a personal level.

The cost for taking part in this Listening Session is $75 and includes the session, listing in the Session playlist and access to the video archive of the session.

Use The Form Below to register – after registration you’ll be directed to a thank you page with all the details on how to access the session.

Music from the May 5, 2018 Listening Session with Nora Felder