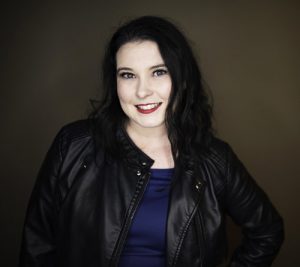 On January 6th, 2019, from 10 AM – Noon Pacific/1 PM – 3 PM Eastern, Music Supervisor Jennifer Smith will listen to your music and evaluate it in what promises to be a fantastic Supervisor Listening Session (go to the end of Jennifer’s bio to register).

With over a decade in the film and music industries, Jennifer is set apart by her vast experience, in-depth knowledge, and her ability to curate music that amplifies the storytelling ambitions of its creator. Her passion is elevating the creative vision with the singularity of sound.

Smith’s recent work can be seen in films such as Skate God (Tony Hawk) and Sarah (Virginia Madsen) , as well as the TV shows Glass Moth (Jamie Bernadette) and Humor Me.  Prior to her work for Rat Dance Party, Smith worked with the teams at Dancing with the Stars and American Idol, where she was in charge of clearing the rights for hundreds of songs.  Smith then joined Kobalt Music as part of the synchronization team.  At Kobalt, Smith collaborated with music supervisors on finding music for their projects, negotiated rights for Kobalt’s catalog and artists, and worked closely with songwriters and artists on the Kobalt roster.  Her time at Kobalt gave her full-circle experience in the synchronization world, dealing with all stakeholders in the creative process including record labels, songwriters, publishers, musicians, managers and marketing teams.

Smith launched Rat Dance Party to provide a collaborative, professional 360-degree music solution for production teams to achieve their creative vision. Media arts are a tremendous undertaking and her experience and expertise can help a production avoid costly delays or mistakes. She is well-versed in US Union Guidelines for Music and Media Rights, experienced with budgeting and working to strict deadlines.  Furthermore, because of her industry network and experience, she is able to negotiate effectively in her client’s best interests.

The role of Music Supervisor – however – is more than just securing contracts and paperwork.  A great supervisor is a creative force whose sole focus is to bring a story to life.  For example: while working on a recent production, Smith was tasked with finding music for a story that was to take place in the desert.  She sought out music that could match the grit and beauty of the desert; music that contained the fleeting sound of wind chimes with a mysterious, haunting melody.  These subtle elements helped to create the environment and bring the director’s vision to life.

With each new project, Jennifer Smith brings her exceptional knowledge, her industry-spanning experience, and creativity to every project.  It is what makes Rat Dance Party a real force in the world of television, film, and music.