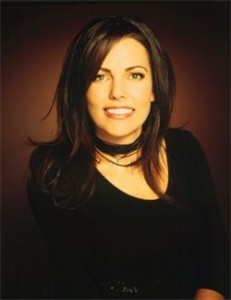 Anastasia Brown has music supervised films and television series that have garnered Oscar, Grammy, Dove and Emmy wins and nominations.

Her recent work includes supervising the documentary For the Love of Music: The Story of Nashville for which she assisted in securing distribution on ABC, resulting in multiple broadcasts on various networks worldwide, The Americanspilot for FX, the documentary Flying The Feathered Edge for the Smithsonian, and an independent film, Chasing Ghosts.

In 2010, Anastasia joined Format Entertainment as an independent music supervisor. In addition, she also formed a publishing company with Dave Jordan and Julia Michels, THELMA & LOUISE PLUS ONE, generating dozens of placements in major films and TV series for Nashville-based talent. Outside of her venture with Format, she produces and consults with various producers and entertainment companies as an expert on “heartland” content and music.

As music is what motivates her most, she served as a judge on “Nashville Star” on USA for three years and her penned a book offering guidance for aspiring artist, writers and musicians, “Make Me A Star” (Thomas Nelson,) has been used as a textbook in music colleges around the U.S. She is a member of the Guild of Music Supervisors and serves on the Nashville Film, TV & Transmedia Council for Mayor Karl Dean and chairs the annual Music in Film and TV Forum, generating numerous placements for artists like The Mavericks, Lindi Ortega, Striking Matches and Johnnyswim.

Anastasia is currently writing the second edition of “Make Me A Star” with Brian Mansfield, as well as two inspirational books to mentor young ladies just starting their careers with Dawn Soler entitled “Be A Girl” and  “Stepping Stones” while also developing/pitching three separate television series with Matthew McConaughey, Ahmet Zappa and Dawn Soler and Leslie Sbrocco.   She is also producing and music supervising the feature film, “Seven Night Stay,” in development to be filmed in Nashville.