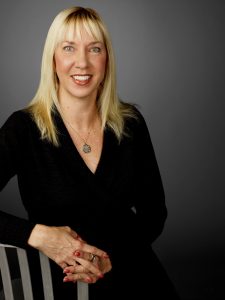 Janet Wade has been a professional in the Music and Entertainment Industry for over 30 years, with expertise in the specialty area of Music Clearance and Synchronization Licensing rights for television and media production since 1990.

Janet currently works for Turner (formerly Turner Broadcasting Systems Inc.) in Atlanta where she negotiates licensed music deals for the promotions and marketing campaigns for Turner’s entertainment networks (TNT, TBS, TCM and Cartoon Network) and Turner Sports, as well as oversees the clearance of rights and licensing of music for TNT Original series productions and for Turner’s Latin American and International networks; plus negotiations of music for promotions, special interactive events and in-game music uses for Turner Sports and E-League.

Before moving from California to Atlanta in 2006, Janet was in charge of all licensed music for Universal Television productions, plus the USA Network and Studios USA. Janet later managed all licensed music for Paramount Pictures Television in Hollywood, California, including the UPN network, Showtime Network and some VH-1 musical productions. She held the title of Director of Music Clearance and Licensing for all television production at each of these studios. Some of the notable weekly series that she worked on include New York Undercover, Quantum Leap, Law & Order, Star Trek Voyager, Resurrection Boulevard, Girlfriends, Murder She Wrote, Columbo, and many TV movies including a biography on the artist Meatloaf and another about the Beatles. She is also credited with work on various TV soundtrack CD releases. Under her own music clearance, licensing and consulting business based in California, Janet has worked with recording artists, major corporations and book authors and has notably been credited on several published books.

Prior to working in television, Janet started her music career working in the Capitol Records Tower in Hollywood, California. She was able to learn all about the music business first hand and become involved with all aspects of creating an album release from beginning to end, including working with A&R, music publishing, royalties, licensing, production, marketing, sales, promotion and distribution.

Janet has been a Guest Speaker/Panelist on a regular basis at various Entertainment Industry events, at conventions and conferences, film festivals, radio shows and at universities in California, Alabama, Tennessee and Georgia. She speaks to audiences on her expertise in the area of music clearance and licensing, and mentors her peers in the music industry, including new songwriters and artists, as well as TV/film producers. Janet has also volunteered her time as a talent judge at both the Stars of Tomorrow and the Who’s Got That Vibe vocal competitions in Atlanta. Janet also formerly served on the Board of Directors for the Opera League of Los Angeles where she was in charge of the Community Education programs and Outreach, and putting together regular showcases for the company’s artists. In addition, Janet has co-produced several artist showcases at Turner in Atlanta, highlighting local indie artists, and signed artists of all genres of music.