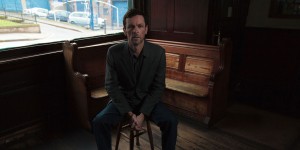 Adrian Corker has made music in various media under his own name and in collaboration with other musicians such as Chris Watson, Richard Skelton, the Elysian Quartet and Lucy Railton.

He has a background in writing to picture and worked extensively with the director Antonia Bird. Last year he released the album Raise on Village Green and in June 2014, an EP Start Merge Fade is released on a new self-created label SN Variations. The label is set up to record small ensemble new music by composers past and present alongside various strands of electronic music.

He is currently working on a new project with Jack Wyllie (Portico Quartet) for release later in the year and is also curating an ongoing series of sound art shows at the Paul Stolper Gallery which have so far included artists such as Rie Nakajima, Chris Watson, Liminal and Jem Finer.