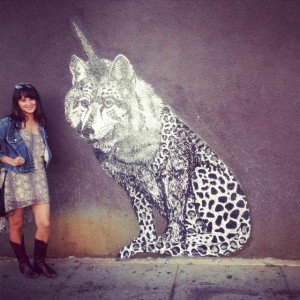 Alison Litton is a music supervisor at Inaudible Productions. Her music supervision credits include the James Brown biopic “Get On Up”, the Jackie Robinson biopic “42”, the music documentary “It Might Get Loud”, the four-time Emmy-nominated Rolling Stones documentary “Crossfire Hurricane”, and the feature film “Act of Valor”, which received a Golden Globe nomination for Best Original Song for Keith Urban and Monty Powell’s song “For You”.

In addition to music supervision, Litton represents the catalogs of rock royalty: The Rolling Stones, Joe Walsh, and James Brown for film, TV, and advertising placement.

Prior to joining Inaudible Productions, Litton was the Director of Film & Television Music at SoundTrackSite where her film and TV placement clients included Bob Dylan, Billy Joel and various other major and indie label artists. She was partner and co-founder of Fundamental Music, an artist and production music licensing company, where she signed new artists and placed their music in many major studio TV shows, films, and video games.