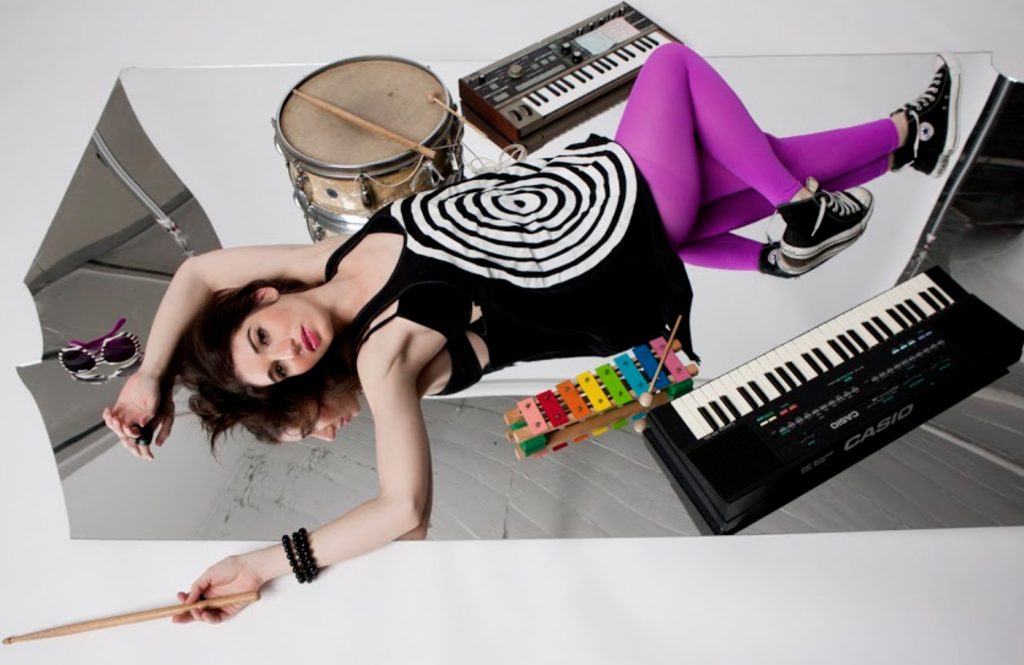 Alyson Greenfield is a “wonderful experimental indie-songstress” (BUST) whose “satiating and seductive songs” (LA Examiner) cross the genres of folk, electronica, orchestral, and hip-hop. Her “eclectic sound” (AM NEW YORK) has led her to share the stage with a wide range of artists including indie favorites CocoRosie and Nellie McKay, electronica outfit Future Rock, and Beatboxing Legend Rahzel. Greenfield’s music has been heard on Fox, Lifetime, AOL, WNYC, and in films including Conception (Tribeca Films), Super Sleuths (SXSW World Premiere), Creatures of Comfort (New York Fashion Week), and The American Templars, for which she composed the full score. Greenfield was named “One of the 5 CMJ Acts You Should Have Seen” by The Faster Times, an “Upcoming NYC Artist” by NYC’s The Deli, and was one of the first 5 artists chosen to record at Converse’s Rubber Tracks studio in Brooklyn. Greenfield’s releases include Rock Out With Your Glockenspiel Out, an album of 90’s hip-hop covers which garnered nods from The New Yorker, Huffington Post, and Cover Me, as well as her single and music video “Uncharted Places,” which was directed by David Franklin (Ed Sheeran, Macklemore) and was a Semi Finalist in the International Songwriting Competition. Currently, Greenfield is at work on a new EP of electro-pop originals for her Magical Realist project, a new EP of hip-hop originals produced by Jon Blok for her Aly G project, and an EP alongside collaborator Joe McGinty (Gotye, The Psychadelic Furs, Nada Surf) for their POLYVOX project . Greenfield is also the Founder of the Tinderbox Music Festival, an event which showcased emerging female musicians, while giving back to NYC non-profits empowering young women through the arts. The festival grew quickly during its four-year run, showcasing more than 100 artists from all over the world, while garnering press from The New York Times, Time Out New York, Billboard, Glamour, and more.