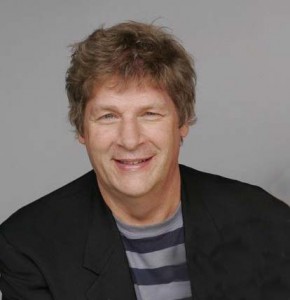 “This record is great thanks to the musical genius of Andy Paley.” – Jerry Lee Lewis/liner notes to his Young Blood album

Andy Paley’s credits read like a who’s who of the music industry. It’s tempting to say he’s best known for his work with Brian Wilson as a producer and co-writer – though what one person would find him best known for probably varies according to individual taste, as he’s worked within such a wide range of genres and styles.

He has also been a recording artist as part of The Paley Brothers and Sidewinders. He’s recorded with The Ramones and such legends as Phil Spector, The Shangri-Las and LaVern Baker.

Paley has produced and written songs and score for cartoons that include Ren & Stimpy, Camp Lazlo, The Replacements, Moo Beard, Plastic Man, My Gym Partner’s A Monkey, Handy Manny, Annoying Orange, Adventure Time, Olivia, I Am Weasel, and, of course, SpongeBob SquarePants.

Beyond his writing songs and producing records, Paley is a multi-instrumentalist who has toured the world with the likes of Roy Buchanan, Patti Smith, Jonathan Richman & The Modern Lovers, Mandy Barnett and Brian Wilson and has played with Carlene Carter, Apollonio and Peter Wolf, among many others.

Paley was nominated for a Grammy® for producing Julia Sweeny’s God Said Ha! album and received a Grammy for his work with Brian Wilson on A Vision Shared. He won an EMMY for Best Original Score for Cartoon Network’s Camp Lazlo.

The Andy Paley Orchestra performs in other Los Angeles stage shows too, including the Rudy Casoni Show (now known as the Toby Huss Show), a variety show featuring Toby Huss, Mark Fite, James Urbaniak, the Poubelle Twins and the Lampshades (featuring Kate Flannery from The Office). Paley co-wrote most of the songs for this show with Toby Huss, which also spawned a holiday album called “S’no Balls.”