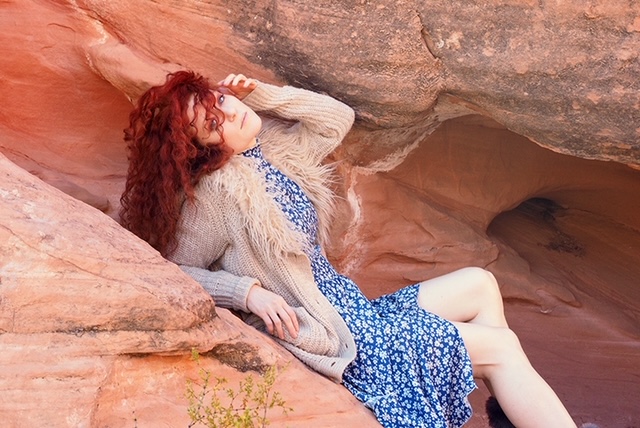 “April Henry is an artist of the highest caliber. What makes April Henry so uniquely spectacular relies in the dichotomy she brings to the stage. She is powerful while delicate, raw while extremely polished, edgy with classic twist. Her voice is captivating, her presence electrifying, and her grace dazzling. A true, r-e-a-l performer in every sense of the word. A star.”

From tender whispers to the anthemic, pouring out of a song, April is interested in the raw nerve that connects us as human beings. A genre bending artist, she can make you dance with the drive of an Electro-Pop-Rock blend in the spirit of Coldplay and Ellie Goulding, while in the next song, she encompasses the raw, sultry, and soulful energies that can both mesmerize and move you. Her voice surprises people with it’s range and texture. She has been vocally compared to Whitney Houston, Janis Joplin, Lorde, and Norah Jones.

An award-winning artist, garnering accolades in both singer and songwriter categories in the prestigious International Songwriting Competition (ISC) among others, April’s talents have been recognized by industry luminaries such as Peter Gabriel, Tom Waits, Adele, Robert Smith, and former Epic Records president Amanda Ghost. She uses her particular brand of theatricality and high-octane vocals to take audiences on an almost otherworldly rollercoaster.

April has been touring Nationally and Internationally performing her own music with legends like Rock n Roll Hall of Famer, Michael Hampton (of Parliament Funkadelic), opening for the legendary Yardbirds at the Rose theater in LA and with the CircX Troupe at the Fillmore Theater in Miami, as well as Feinsteins in NYC and many more. In 2017, she was ranked by Rockwell Unscene Magazine as the 3rd best Rock Female Vocalist in the Nation among one her sheroes, Lzzy Hale.

She was raised in humble beginnings in South Florida around dirt roads, five minutes from the rodeo, by two songwriter-musician parents. Here, April began her music journey at the age of two. Her cross-genre artistry is drawn from the unique diversity of her upbringing and her many travels.

April is now creating a powerful and entertaining multi-media concert experience with her music. By combining film, symbolic costume and visuals, with a virtual band — you see a woman’s transformation to empower herself and humanity in its evolution forward.