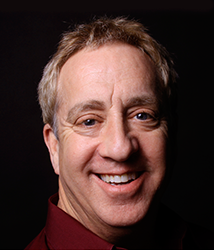 DIRECTOR OF FILM/TV MUSIC FOR MUSICBOX, LLC – a division of ole

Andrew Robbins is the Director of Film/TV Music at MusicBox, LLC, a West Hollywood based music production company.

Responsible for utilizing his relationships with producers, editors, and music supervisors to present MusicBox’s custom scoring services, and their extensive music catalog which now boasts over 50,000 tracks worth of hassle-free licensable songs, trailer music, program underscore and other post-audio elements across 28 catalogs.

For 10 years prior to joining MusicBox, Andrew served as Director, Film/TV Music at Megatrax where his prolific sales, work ethic, and insight into the needs of their clientele greatly aided in that company’s growth.  During that time he enjoyed such successes as multiple placements in the Best Picture Oscar Winning “Crash”, and other films like Mr. and Mrs. Smith, Bad Santa, Stigmata, Memento and Big Fish.  He is also responsible for well over 17,000 additional music placements in broadcast and cable television programs and feature film trailers.

From 1994-1997, Andrew was Director of Music Publishing for songwriter/producer Dana Walden’s Coyote Entertainment, an LA-based music production company. From l993-94, Mr. Robbins worked independently to oversee his family’s music publishing interests.  Andrew also worked in the creative department of Rondor Music International, the publishing arm of A&M Records, from 1990-93.  During this time, he helped to promote the catalogs of The Beach Boys, The Carpenters, East Memphis Music, and Billy Preston, among others.

Marshall Robbins (Andrew’s father), was the music publisher and business partner with legendary lyricist Johnny Mercer for 28 years. Marshall published such songs as “I Wanna be Around” , “The Facts of Life,” and the scores to “L’il Abner” and “Seven Brides for Seven Brothers,” to name just a few.

Andrew D. Robbins works out of MusicBox’s west coast headquarters and may be reached directly at (310) 402-0310 or through email at: andrew_robbins@olemusicbox.com