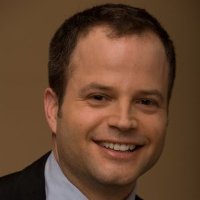 Bowen joined Relativity in 2011 as Senior Vice President of Music and was responsible for the creative and music production on Relativity’s worldwide box-office hit, Immortals, by acclaimed director Tarsem Singh, and Relativity’s Snow White film, Mirror Mirror, with a score by eight-time Oscar®-winning composer Alan Menken. Bowen has since overseen music production for numerous other Relativity films, including 21 and Over and Safe Haven, as well as the upcoming Paranoia, Free Birds and Out of The Furnace. He has also overseen production and development on over 15 soundtracks for Relativity Music Group, including Act of Valor, featuring the Golden Globe-nominated, RIAA-certified Gold single “For You” by Keith Urban, and Safe Haven, featuring “We Both Know,” an original song written for the film by Colbie Caillat and Gavin DeGraw.

Before joining Relativity, Bowen was Executive Vice President, Music for New Line Cinema, a division of Time Warner. He was exceptionally successful in managing music production on more than 45 films and soundtracks, including the box-office hits Wedding Crashers, Elf, Austin Powers in Goldmember, Rush Hour 2 and 3, Blade II, Blade Trinity, Four Christmases and About Schmidt.

Bowen has an M.B.A. (awarded with distinction) from the University of Oxford’s Said Business School.