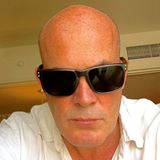 Chris Bemand is an award winning composer and music publisher. In 2013 he established The Squirky Music Library and went on to receive the Best Wild Card Track award for ‘Black Treacle” as writer (AKA Brian De Mercia) and publisher at the Inaugural Library Music Awards in London. He has written and produced scores for all kinds of TV shows including mainstream cartoons BAFTA nominated Skunk Fu! (Cartoon Network), King Arthur’s Disasters (Nickelodeon) and The Aquabats Super Show (The Hub/ITV). He’s also known for writing choral stings for top shows including the X-Factor and Top Gear.

His musical career started at the age of seven, when he was awarded a choral scholarship to Hereford Cathedral. After he recovered in his teens, he progressed into programming and later wrote many innovative electronic albums along with acid jazzsters Marden Hill (the band about whom the term trip hop was first coined), Rob Dougan (Clubbed To Death/The Matrix), Mark Doyle (founder of Hed Kandi Records) and finally, Beamish & Fly the world’s first cartoon band which morphed into Gorillaz. Always a musical originator, The Beijing Gang-Tan Qi (released in 2012) saw a fusion of classical Chinese instruments and sounds played by a handful of virtuoso musicians from the Peking Opera over contemporary beats. His latest amusement, The Swing Punks, a live band and recording project of Big Band arrangements of 70’s punk songs is due out 2015.

Chris has also written a vast and varied catalogue of tracks for Extreme Music which have been used on countless commercials, trailers and Network TV shows. Now he, Squirky Music and its growing roster of world class composers provide unique attitudinal custom scored music, in addition to bespoke tailored selections from the library.