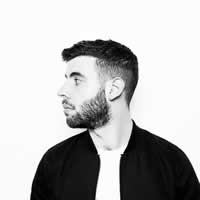 Ben Dorenfeld has worked as a music producer in advertising for five years. He currently oversees all aspects of music production and supervision as Sr. Music Producer for Anomaly. Prior to Anomaly, he produced and supervised music at Grey New York on campaigns for Volvo, Pantene, Fitbit, Ketel One, and more including Cannes award-winning work for both Volvo and Pantene.

Dorenfeld’s career began in the concert touring industry at International Creative Management where he oversaw contract management, routing, and client relations for artists such as Kendrick Lamar, Future and Boyz II Men among others. Prior to moving to New York, he worked as a tour accountant on Oasis’ final stadium tour in the U.K., and as a ticketing assistant for Bruce Springsteen in Boston. Dorenfeld is a graduate of Skidmore College, where he served as President of the Student Entertainment Committee and Program Director for his college radio station, WSPN.