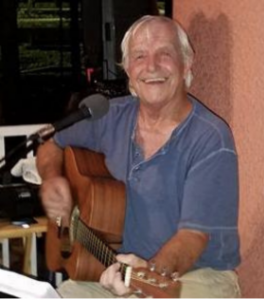 For Your consideration: Licensing/Endorsement An inspiring blend of
Folk, Country, Originals, Blues and Oldies!
My musical career spans more than 50 years. I was part of the Boston Folk Revival during the 1960’s.

In 1973, I released my first album called “Sunday Mornin’ Hayride”. That album has been re-released by Riverman Records and Yoga Records and was voted in the top ten retro re-issues for 2009 by the Acid Archives.
In 1974, I formed Them Fargo Brothers which became New England’s Premier Country Rock Band!
I am currently writing and recording in my studio, and my music is available for licensing opportunites. My music can be heard on Spotify, iTunes and other streaming sites.

“No frills here, just the relaxed come on over and settle down sound of an artist who has no need to prove his craft or musicianship”… Mike Davies- Folking.com