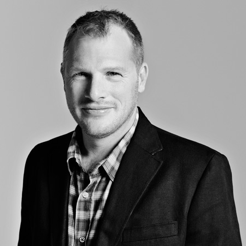 With over twenty years in the music industry, Jim Black brings an in-depth knowledge of music and the intricacies of music supervision and licensing to MAS. In 1998 he founded Clearsongs Inc. — a full-service music supervision and consulting company for Motion Pictures and Television — where he worked on dozens of films, including Academy Award winners such as Black Swan, The Wrestler and Sicko. Additionally, Jim has been a part of such critically acclaimed films as The Wackness, Kissing Jessica Stein, and Bachelorette. He now brings this knowledge and experience to the world of corporate branding and advertising, advising clients such as Apple and Kohl’s on music strategy and sonic branding. Jim is a classically trained performer who attended Manhattan School of Music and began his career as a professional musician.