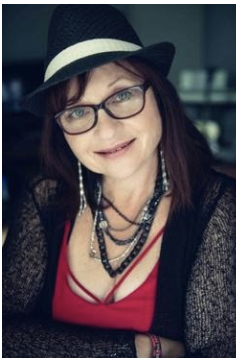 Bonnie Warren – a busy and versatile songwriter (writes lyrics & music) who splits her time between Nashville and Philadelphia, working with talent in both areas. –2 sync placements with SUBARU – one with Subaru of America for internal use, and one to be placed in media spots (radio and tv) , as well as on hold phone recordings and other uses, with a regional Subaru dealership in upstate NY (about to go live) –29 indie cuts in seven (7) different genres- Country, Rock, Jazz, Pop, Children’s, Christian, and Christmas. Her work with previous VOICE and LA VOZ contestant MANNY CABO has garnered hundreds of thousands of streams in total.

Awards-2019 and 2020, Song of the Year Award at the POSI Music Festival (So cial Justice Category; 2019 cowriter on the Song of the Year in the Midwest CMA Awards, with the Band of the Year (Lake N Lyndale). In 2016 her song won the Grand Prize in the Pensacola Songwriters Festival Song Contest, where she was a featured per former the following year. Her songs have been performed in Nashville, NY, Philly, and on the Cayamo Cruise (Journey of the Song).

Worn various hats in Music Industry- In addition to writing and coproducing, and dabbling in PR / promotion, she has booked a venue, co-coordinated a chapter of an international music organization, organized showcases and networking/ educational events for the music community; also developed a “summer music in the park” series, written music feature articles for an arts magazine (WHOA), volunteered at music events, and served as a judge in songwriting / performance contests. In college she was lead singer/guitarist in a cover band.

Bonnie is always open to meeting new people and working on new projects. She views herself as a true creative and really enjoys the collaborative process. Bonnie’s philosophy is that each writing project stretches each songwriters ’muscles in new and different ways. Feel free to contact her to get together for a virtual coffee and see where things go! Bonniewarrenmusic@gmail.com; 615-636-3609 (cell); 610-420-9388 (cell)