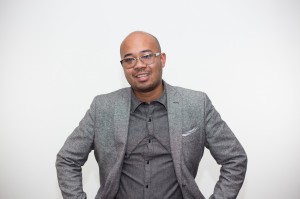 Brandon began his journey in entertainment when he and his business partner, Eric Sheinkop, started Chicago based Artist Management firm Bandit Productions.

In his early 20’s Brandon began guiding the careers of artists such as Hey Champ (Townie Records), G.L.C. (G.O.O.D. Music/Sony), Ben One (Universal Republic), Taryn Manning and Kevin Coval, to name a few. It was during these beginning years that Sheinkop had his lightbulb moment and Music Dealers was founded.

After a few short years, Music Dealers had grown into a formidable music licensing powerhouse and Eric brought Brandon into the fold to utilize his ever growing industry network and hustle to take Music Dealers to the next level.

Brandon is now a Partner at Music Dealers concentrating on sync licensing and custom music and scoring in Advertising, TV/Film, Direct To Brand, & Video Games.

Music has always been a passion point. He’s a digital native who thrives in online cultures and develops ideas at the intersection of culture, technology and music.