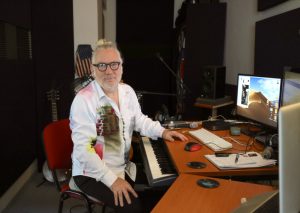 He has spent decades writing, composing and producing music for acts that he formed or was an integral part of and has opened for multi-platinum selling artists on tours across the US and the UK.

His music has aired on national and regional radio stations in both the UK and the US. His production skills have had him working with Grammy award-winning producers.

He is actively looking for sync licensing placements for his work for film, TV, video games and online media.
Brett is based in the US, UK and EU.

He welcomes collaboration with music supervisors, musicians, producers and industry professionals and he is affiliated with ASCAP.