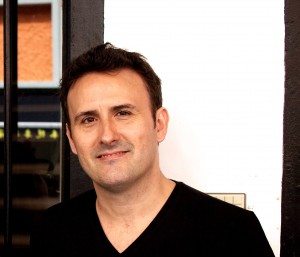 Starting at the age of six on ukulele Ben went on to play a multitude of instruments at a young age (currently playing guitar, bass, ukulele, mandolin, keyboards, drums). He started playing professionally at the age of thirteen and continued to develop as a musician making a life for himself as a screen composer.

As one of the most prolific composers and music producers in the APAC region and beyond, he has written, produced and performed works for Universal, Virgin, Interscope and Atlantic records on worldwide platinum selling albums with Marilyn Manson, Nikka Costa, Unwritten Law, 8MM and Grinspoon. He continues to write and produce music for mainstream popular music artists remixing Muse ‘Uprising’ for the Tom Cruise action film trailer Knight And Day, sound design for The Last Airbender trailer and a stonking remix of ‘No Quarter’ by Led Zeppelin for Ignition Creative LA.

Further pursuing this passion he continues to study, expand and innovate into new frontiers of modern music. His advertising accolades include a Cannes Gold Lion, CCA Gold medal and Asian Advertising Awards Bronze medal. He has earned himself a reputation as the most dependable composer and music producer, expertly executing briefs in an unparalleled way while maintaining an individual quality for every project.

Keeping up with current changes in the musical landscape Ben has become a strong music supervisor as well as composer being able to select the best music for any project calling on his decades of experience in the industry.