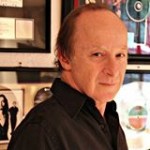 BOB TULIPAN is an entertainment industry veteran who has produced major concerts and festivals with such acts as The Police, Cheap Trick, Judas Priest, Patti Smith, Talking Heads, PiL and others, staged concerts for feature films, two Presidential Inaugurations, the G8 Summit and other major events, promoted theatrical feature films by The Rolling Stones, Yes, and Rod Stewart, managed numerous rock bands including PiL, The Psychedelic Furs and current emerging UK band Strangefruit. In 1985 he founded TCG, the entertainment and sports industry’s foremost global logistics company with offices in NY, London and Moscow with hundreds of clients including Madonna, MTV, the Weinstein Company, IMG, the Kremlin Museum, Live Aid, Woodstock and many others. In addition, as CEO of Highland Ventures he’s currently involved in numerous music, television, film and art projects.

He’s the author of “Rockin’ in the New World”: the critically acclaimed music “How To” book published by Sterling (Barnes & Noble) and picked by Billboard Magazine and The Rock and Roll Hall of Fame as a “Top Resource” for bands today. He’s lectured on the changing industry at NYU and other leading universities and served as a moderator, speaker or panelist at major industry events including the Billboard Backstage Touring Pass, Media-Tech Colonial Conference, CBGB Festival, the New Music Seminar, The Move Festival (Moderator) and others.

In recognition he has received numerous awards, has appeared on major television and radio shows in the USA and abroad and has been featured in numerous newspapers and magazines,