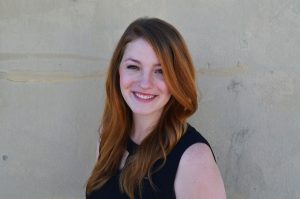 Leah became the first member of the Roc Nation sync team soon after she graduated from The University of Texas at Austin. After helping with festival production at C3 Presents, she went to LA to help the GRAMMY Foundation with their annual GRAMMY Camp. There, she met many key music industry players that made her realize she needed to be in Los Angeles and find a job that combined her passions for film and music. She packed up her car two weeks later and hit the road.

As the sync point-person, Leah works closely with Roc Nation’s 75+ artists across label, publishing, and management, as well as music teams and music supervisors all over the world to find or create the perfect song for film, TV, ads, and branding opportunities.

Her proudest moments at Roc Nation are the rise of Dorothy in the sync world, landing the band multiple placements in films, film trailers, TV shows, promos, and video games in under 18 months, and her collaboration with The Lonely Island team to create four songs for their film and original soundtrack, “Popstar: Never Stop, Never Stopping.”

The use of music in film and TV has had a huge impact on Leah throughout her life, and inspired her to enter the music business. She hopes her placements have the same influence on audiences around the world.