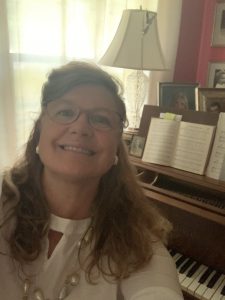 Caroline Hill Moore is an award winning film composer, songwriter, producer and engineer who was classically trained and, at the age of eight, composed her first piano solo. After completing college, she studied music composition with Sherwood Shaffer at the North Carolina School of the Arts. She later studied music with Sir Leo Arnaud, who is most noted for composing “Bugler’s Dream” used as the “Olympic Theme.”

Ranked #1 locally, #2 In the region,#126 in the Nation on Reverb Nation as a Classical Composer. 2.9 K Fans. Collaborated and completed 2 Trailer Cinematic Pop Songs which are actively being pitched.
What Up Pitches Catalogue for Sync Licensing, Composer Starlyte Sound Music Publishing, Big Score Music, Fliktrax