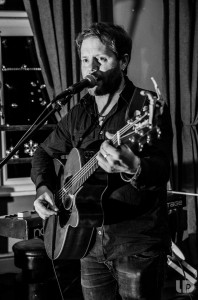 Caruso is the brainchild of Shane Ó Fearghail. An Irish Singer/Songwriter and multi instrumentalist from Dublin, Shane created Caruso to launch his debut album The Watcher & The Comet. Two albums in, a Publishing deal in Europe for the first album, a Distribution and Licensing deal in North America for the second, 2014 is set to be another big year!

A musical project, Caruso has become a band of many moveable parts. Likened to REM, Bowie and Crowded House, live Caruso are in good company. Shane’s unique voice and superb songwriting serve to encapsulate and deliver Caruso’s alternative philosophy, incorporating a colorful mixture of Alternative Folk and Indie Rock’n’roll!

Amidst touring and writing Shane is also involved in several European Songwriting Collectives, where he continues to write songs as well as develop the art of songwriting and songwriting networks within Europe and further afield. Shane is currently writing the next album which will be released in Europe and the States Summer 2015.

Everything You Need Is Here – Written, arranged and produced by Shane Ó Fearghail.
North American release Spring 2014. To sample some of the tunes Click here.