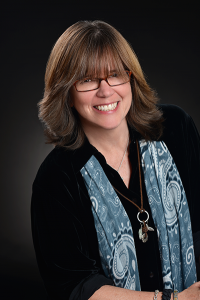 Prior to forming CarverMusik, Denise was Vice President of Music Clearance at Paramount Pictures in Hollywood, California. During her twenty-plus years at Paramount, she contributed to the success of more than 300 film and soundtrack album projects, including the Transformers, Star Trek, Mission: Impossible and Jackass franchises, films based on the music of artists Katy Perry, Justin Bieber, Jay-Z and Tupac Shakur, and the Academy Award winning and nominated films Forrest Gump, Titanic, The Hours, The Godfather Part III, Braveheart, Wonder Boys, Ghost, The Curious Case of Benjamin Button, Saving Private Ryan, Babel, Hustle & Flow, Rango and Nebraska.

Other highlights from Denise’s music career include teaching courses in music theory and composition at the University of California and appearances as an invited participant and panelist at events such as the Billboard and Hollywood Reporter Film & TV Music Conference, the International Congress on Women in Music, the Symposium on Arts and Humanities Ph.D.’s, the Cheltenham Festival of Music (England), and the California Teachers Music Competition.  Denise is a member of NARAS (Grammys), performing rights society BMI, and the California Bar Association.  She also holds a Ph.D. in music composition and has spent time abroad studying both music (England, Ireland and France) and international law (Austria).  In her free time she dabbles in composing, arranging, songwriting and noodling around on her guitars and ukeleles.