Originally from Alabama, Celia Rose has spent most of her music career performing outside of the United States, in places as varied as Haiti, Israel, France, Rwanda, and Canada. Wherever she goes, she brings her indie-folk-rock style, while also diving deep into the musical traditions of the countries she visits. She toured Africa five times as a Cultural Ambassador for the U.S. State Department where she co-wrote songs with students and created a compilation album of the various songs.

In 2015, Celia completed her 4thfull length album, Zig Zag, which has been licensed by 13 TV networks and has played on over 50 radio stations nationwide and across Canada. Her song, Gimme More, released by Fan Fiqtion in 2018 and performed by Brittany Pfantz, is currently being licensed by Sephora for their year long media campaign starting March 2019. Her song, The Other Side of Me, was included in the audio book for the young adult novel, Nightfall, a New York Times Bestseller that came out in fall of 2015. 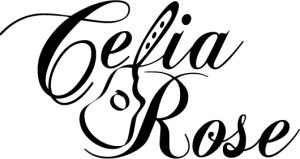 Celia has written songs for organizations including Classroom Champions, Little Flower Yoga, and Every Woman Foundation and worked as a songwriting teacher for Kid Pan Alley, Harlem Children’s Zone, and Operation Respect. She’s spent the past 3 years writing music with a focus on sync licensing for TV/film and she is currently in the process of starting her own Music Licensing Agency, Big Salad Music. With a passion for songwriting that began as a child, she’s constantly co-writing with various artists and producers around the world and building her catalog of sync friendly tunes. Celia currently lives in Chicago with her husband and 3 children. Visit www.celiarosemusic.com for more info!