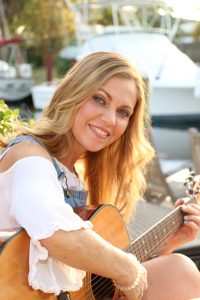 Ceri is an award-winning writer, lyricist and songwriter who has placed in or won several songwriting contests, has multiple cuts and singles and writes with some of Nashville’s top writers. She has songs signed to agents as well as to libraries, including mVibe, Washington Street Publishing, ScoreKeepers, Figure and Groove, Crucial Music, and SyncShoppe. Placements include CBS All Rise and multiple Hallmark Christmas films coming out in 2022.

As a lyrical chameleon, Ceri has written with a variety of artists across multiple genres including rap, hip-hop, pop, indie pop, folk, singer-songwriter, CCM, and country. She is a personable team player who excels at putting together teams from her solid list of performers, vocalists, writers and producers to create music to spec, and is looking forward to growing her music and business connections in the industry.

When she’s not writing or working for Warby Parker, Ceri is either reading, training for her next half marathon, or setting up and supporting artist rounds in Nashville, where she lives with her cat Mojo and dog Comet.