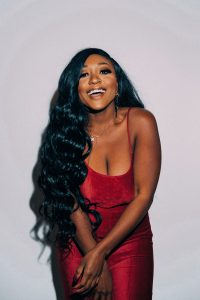 After graduating as Valedictorian of her class from Dillard University, Charisse earned her Masters Degree in Music Business Administration at Cal State Northridge. Since then she has built a strong reputation in the industry working at Kobalt Music Group, Shazam, Live Nation, and Extreme Music. Now she works at 411 Music Group where is the Manager of Licensing for Film, Trailers, New Media, Corporate and Video Games. When she’s not handling licenses she also acts as an A&R in search of great new talent to add to 411 Music Groups Roster. She has had placements in various movies such as Slender Man, Nancy Drew, The Spy Who Dumped Me, Goosebumps: Haunted Halloween and more. She has also had success with videos such as Call of Duty and Spyro. 411 is a female-owned company that has worked hard to break all ceilings and is a force to be reckoned with in the licensing industry.