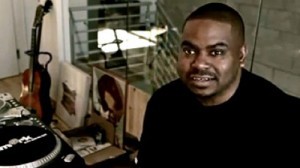 He started his career by working with the likes of The Fugees, Wyclef Jean, and Lauryn Hill, where he is credited with being instrumental to her seven-time platinum album, The Miseducation of Lauryn Hill (Columbia 1998). He worked alongside Dr. Dre at Aftermath Records, where he produced and wrote for Eminem, Santana and 50 Cent. He then went on to co-write alongside Jay-Z on his platinum album, Kingdom Come (Def Jam 2006). Ché also puts on his executive hat working as an A&R for Kanye West’s G.O.O.D. Music label. After the successful release of the collaborative album, “Cruel Summer,” which produced four singles, Ché does A&R for artists like Pusha T, 2 Chains, Big Sean, John Legend and the rest of the G.O.O.D. Music roster. In 2013 Ché co-Executive produced Kanye West’s sixth solo album “Yeezus” along with Rick Rubin. He co-produced the two leading singles off this Billboard #1 album; “Bound 2” and “Black Skinheads.”