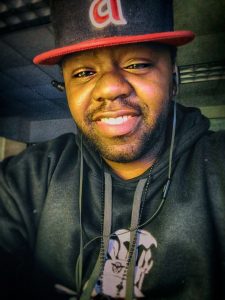 “Cherlin has been active in the audio/music field since 1998, when he began by writing parodies to hit songs. He continued perfecting his skills throughout the years. It was in 2006, that he enrolled into the Institute of Audio Research in New York City, to turn his passion into a career. During his tenure at IAR, he wrote and produced a song that won grand prize in a contest held by Sony. He completed the Audio Engineering and Production program in 2007 and immediately started an internship at a local recording studio in New York, by the name of Play Studio. Since then, he has freelanced as an audio engineer, songwriter and producer. He has also placed first in artist showcases throughout the city. Cherlin continues to collaborate with artists, producers, and fellow songwriters. In 2014, he started his own publishing company, Grand Note Publishing. In 2017, he attended Berklee College of Music and finished with a professional certificate for Music Supervision and Songwriting. His passion for music and creativity are what keeps the wheels turning for him.

Grand Note Publishing looks to bring the music from its growing catalog to the rest of the world through any form of media. Whether it would be internet radio, TV commercials, movies, sitcoms, or even web series. Not only do we pitch unique songs, but we will provide our clients with great music choices for their projects, whether it be from the catalog or custom made.”