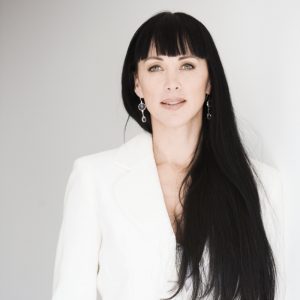 Christina Carmel is one of Nashville’s established Songwriters. She is a gifted lyricist working in all music genres. Establishing her office on Nashville’s Music Row in 2011, Carmel has quickly earned the respect of the finest of Music City U.S.A. with a catalog of nearly 200 songs in her first few years of arriving in Nashville.  She has collaborated with numerous award-winning songwriters including Nashville Songwriters Hall of Fame member, the late Kim Williams (a writer of several hits for Garth Brooks, Randy Travis, and Reba McIntire), Greg Barnhill (a Grammy nominated writer of “Walkaway Joe” by Trisha Yearwood and Don Henley), Phillip White (a writer of “I’m Moving On” by Rascal Flatts), Danny Wells (a writer of “Check Yes or No” by George Strait), and Brian White (a writer of “Watching You” by Rodney Adkins), Kevin Fisher (Multi-Platinum selling Artist/Songwriter whose songs have been recorded by Rascal Flatts, Sara Evans & Uncle Cracker).  Her talent has also helped lead her to working with other great songwriters including, Casey James, Kim Tribble, Jimmy Nichols, Summer Overstreet, Roxie Dean, The Heels, Jude Toy, Misty Loggins, Jennafer Lynsey, Guy Thomas (songs recorded by Carly Simon, Kenny Loggins, Smokey Robinson, Kenny Rogers and many others. As well as guitar performances with Kenny Loggins, Amy Grant, Michael McDonald, Jackson Browne and many others), Ashley Levin, Susan Hyatt, Kaitlyn Connor (keyboard player for Artist Maggie Rose), Elizabeth Lyons, David Dorn, Clayton Shay, and many other talented Songwriters.

Christina’s song “A Christmas Tree” was co-written with Musicians/Songwriters Greg Barnhill and Preston Sullivan was released as Tegan Marie’s first professional single in 2015.  The recorded song received extensive airplay on Sirius XM Radio and Country Radio Disney, and the video received rave reviews.  The song helped showcase Tegan as she went on to her signing to recording label Warner Music Nashville as their youngest female Artist in Warner’s history.  The following year the song was also featured in the 2016 Hallmark Channel movie “A Perfect Christmas” starring Susie Abromeit, Dillon Casey and Erin Gray which aired during the 2016 Thanksgiving weekend.

As a young girl, Carmel was introduced to music playing classics on the piano by the masters: Johann Sebastian Bach, Ludwig van Beethoven, and Wolfgang Amadeus Mozart.  Born in California into a military family, she has lived in several states across America, including New York, Ohio, Pennsylvania, Texas, and Virginia, as well as Washington, D.C. Carmel’s travels have allowed her to absorb the diverse musical influences of the United States, leading to a uniquely versatile style with universal commercial appeal.

Carmel’s lifelong dedication to music is now being fulfilled.  “I was inspired by artists I watched on television who always had a twinkle in their eye of emotion and heartfelt passion for the song: Tony Bennett, Nat King Cole, Louis Armstrong, and Johnny Mathis.  I learned soulful sexuality and the power of it from Robert Plant, Jimmy Page, The Rolling Stones, Steven Tyler, Jimi Hendrix, Prince, Heart, Dwight Yoakam, Madonna, and Leon Russell.  I also cherish the beautiful ballads of Barbara Streisand, Whitney Houston, and Neil Diamond.”

As a young woman seeking to make her mark on the music industry, Carmel’s indomitable spirit was galvanized by two female country icons who blazed a trail which provided her with the confidence to succeed.  “I would watch Barbara Mandrell being able to play any instrument that was handed to her onstage,” she remembers.  “She could sing any song, dazzle the audience as an entertainer with ‘big moments,’ yet remained humble and kind during interviews.  I also admired Dolly Parton’s radiant persona, unique authenticity and sincerity.”  Carmel was also inspired by stars who overcame physical handicaps, including Stevie Wonder, Ray Charles, Dianne Schuur, Andrea Bocelli, Jose Feliciano, and Ronnie Milsap.

After focusing early in life on her talents as a musician, dancer, and Fine Artist, Carmel has now found her most profound calling.  “Songwriting was the last division of art I had not professionally explored,” she says, “and the first I was introduced to.  I grew up studying the piano, studying dance, and painting. Now I am fulfilling my destiny.”

Carmel is devoted to several charities, including the ASPCA, and she utilizes her music for humanitarian causes. “I want to impact people who are oppressed,” she stresses. “I want to be an influence to help them rise above, to see a way out.  People to know there is someone out there that understands what they are going through, so they don’t feel so isolated,” she continues.  “Music is the last salvation for many people to understand we are a community of kindred spirits.”

“If I can be that voice to give people whatever they need at the time, that would be the highest compliment,” she says of her songs.  “It is a very powerful responsibility that offers great fulfillment; touching hearts and inspiring people to overcome adversity.  Every day I am devoted to my passion, to be a voice of those pursuing love, experiencing the ecstasy of love, and heartbreak.  I also want to capture the essence of those who don’t have a voice, especially children and animals.”

Now like her idols, Carmel dedicates her life to uplifting people with her music.  “With my songs, my goal is that there might be something in my life to share that touches people,” she comments.  “My songs may help someone in some way, provide comfort, new insight, perspective and understanding.  That is why I started writing, and it has become the food for my soul.”

Latest Single: Take Me Too