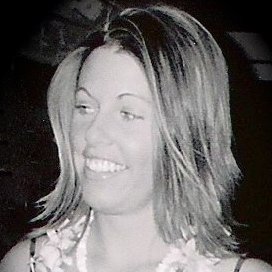 If you’ve ever had a song stuck in your head days after vegging out to a
marathon The Hills or couldn’t stop dancing to the soundtrack from America’s
Best Dance Crew you can blame – or thank – Carrie Hughes.

Bred from musical blood, her grandfather was a music teacher and a member of
the San Diego Symphony, she came from a family where instead of simply
singing happy birthday to each other the entire family would break out their
various instruments and play the tune instead. Hughes grew up playing piano,
clarinet, and guitar both solo and in her high school and college orchestral bands.
Her passion for music extended beyond performance so she decided to learn the
business side by obtaining a degree in Entertainment Business from Cal State
Northridge.

Hughes made such an impact on the professors and staff at CSUN
that she was offered the highly regarded position of Executive Director of
Campus Entertainment. During her two years she put on multiple concerts and
events booking numerous acts including Jimmy Eat World, Taking Back Sunday,
Nikka Costa and Mos Def.

In the years after graduation Hughes landed coveted positions at DreamWorks
Records, BMG Publishing and the esteemed entertainment law firm Carroll,
Guido & Groffman. In 2004, Hughes began her work with Bunim-Murray
Productions, licensing and creating the soundtracks to MTV’s The Real World,
Road Rules, The Challenge, and Fox’s The Simple Life.

It was here that Hughes
found her calling as a Music Supervisor and went on to launch her hugely
successful Reflection Music, supervising music for numerous hit TV shows
including America’s Best Dance Crew (MTV), The Hard Times of R.J. Berger
(MTV), The Hills (MTV) The Sing Off (NBC), The Real L-Word (Showtime),
Fashion Star (NBC), Braxton Family Values (WETV), Buck Wild (MTV),
Sisterhood of Hip Hop (Oxygen), Cold Justice (TNT), Time of Death (Showtime),
Project Greenlight (HBO), Best Bars In America (Esquire) and many more.
Hughes sums it up simply: “My love for music runs deep, I can’t imagine doing
anything else with my life.”