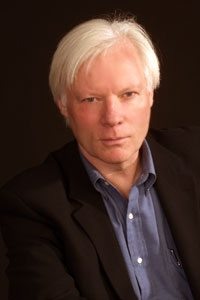 One of the music industry’s most influential figures, Miles Copeland’s career in the business stretches back more than 40 years .

In London in the 1970s, he represented Wishbone Ash, Joan Armatrading and all sides of progressive rock until he jumped ship, landed in the turbulent ocean of punk, and worked with the Sex Pistols, the Clash, Blondie,along with many other  seminal bands.

In 1978, he became the manager for his brother Stewart’s band, The Police,who became one of the biggest bands of the 1980s.

The success of The Police and the novel methods used to break them brought Miles to found I.R.S. Records. In the next few years, the company had hits with REM,The Buzzcocks, The English Beat, The Cramps, Fine Young Cannibals Wall of Voodoo, Timbuk 3, and a number one album with the all-girl group, The Go-Gos.

He continued to manage Sting (solo) through seven blockbuster albums,along with The Bangles and Squeeze. He introduced Sting to Algerian Raï singer, Cheb Mami.

Their collaboration bloomed with “Desert Rose” whose worldwide success was attributed to Miles’ innovative corporate deal with Jaguar.

Miles can rightfully claim to having been responsible for the sale of over $1.5 billion of recorded music sales and over $500 millions in ticket sales.

He currently owns and operates CIA – Copeland International Arts, which is comprised of a record company, music publishing,merchandise and performing arts properties  CIA has worldwide deal with Universal Music Group Distribution and the emphasis is on World dance music.

Copeland International Arts have also just signed a joint venture with TV4 to produce 2 broadband network channels Dance Arts TV and Spyworld TV that will begin airing on Hulu,Amazon Plus and Roku in Sept 2014.