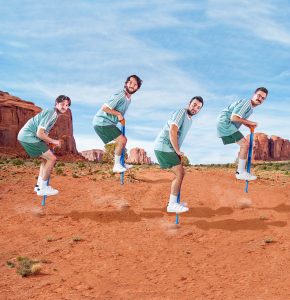 Approachable Members of Your Local Community

Approachable Members of Your Local Community make music that’s a gently heaving wave of team spirit and pop melodies; funny but not a joke, approachable but not simple, and generously glazed in extra servings of groove and charisma. Reliably funky and devilishly handsome in their matching Adidas, four nebbish boys from the streets of St Kilda who make up the Approachable Members deliver a service the community knows and loves.

When Millennium Queen graced our ears, Australia agreed the Members were here to stay. Charting at #13 on Spotify Australia’s Viral 50, the wildly popular debut was followed by the swirling funk of Semiotic Vision, and the upbeat Velcro, reminiscent of the Beach Boys’ heyday.

From the groups beloved duet with Tamara Dream on the hit single Only Friend, to working with artist and director Giulia McGauran on their visuals, the Approachable movement extends beyond the music – the Approachable Members know collaboration is key to a successful community.

Whether it’s touring with Polish Club, writing with the likes of Japanese Wallpaper and Alex Lahey, or continuing their community-widening Australian tour, there’s plenty coming up on the Community calendar. Working out of a brand new studio, they’re excited to be able to get their hands dirty producing their own new tunes and plan the next approachable experience.

If you like getting a little bit drunk with your Grandma at Shabbat dinner, matching your outfit to your best friends, and deeply funky grooves, you might be a great addition to the team. Whatever you come for, Approachable Members Of Your Local Community just want to make you feel at home, and share their little slice of suburban paradise with you.

Why not join them at their next show for a cathartic boogie, and as the crowd sways from side to side, lost in a groove, don’t forget to stay safe, and stay approachable. 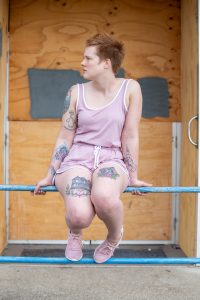 An artist unlike any other, non-binary singer-songwriter Rachel Maria Cox is quickly becoming one of the most promising emerging Australian Acts. Blending popstar bravado with emo vulnerability, they’ve built a solid reputation for their relatable lyrics and energetic live show.

Following up on this success, in 2018 following on from successful BIGSOUND showcases and singing with the Harbour Agency, Cox released the single Time, which was premiered on Pilerats along with a candid interview about eating disorder recovery and radical acceptance. The song was added to Spotify Australia’s New Music Friday and Chords & Cardigans Playlists, and was named as one of the Guardian Australia’s top songs of the month.

RMC has been shortlisted for the 2016 Vanda & Young songwriting prize and nominated for the 2017 National Live Music Awards’ Live Pop Act Of The Year, as well as being named as one of Pilerats’ 2019 artists to watch, and a highlight of the 2018 BIGSOUND showcases by Paul Bridgewater (Line Of Best Fit) A proud advocate for Non-binary people in the music industry as well as gender diversity, Cox was also nominated for the Inaugural Australian Women In Music Diversity Award for their work with Sad Grrrls Club.

Taking this momentum into 2019, Rachel Maria Cox will be releasing their third full length release with the support of the American Express Music Backers Grant, as well as performing at Mountain Sounds Festival, a sold out Twilight at Taronga in support of the Whitlams, and DJing at Mardi Gras Party with Kim Petras & Pnau. If you haven’t yet heard of Rachel Maria Cox, 2019 is the year to start listening.

Press Quotes
“Combines mature and honest songwriting and lyricism with soft indie and pop sensibilities that together, create songs – such as last year’s Time – that feels good on the ears while pulling at your heartstrings at the same time. They’re a wonderful artist and one of the most important out there” – Pilerats

“as though the music of Courtney Barnett and Carly Rae Jepsen had a baby. Rachel Maria Cox is truly an artist on the come-up.” – Pilerats

“a self-confessed former emo kid that now presents themselves as a confident born entertainer, throwing themselves into every line of each jazzy, dancefloor-ready pop number.” – Volume Media

“Uplifting vibes and crowd engaging stories were immediately thrown into the night and transformed into some of the most intimate songs I’ve ever heard from a local band.” – AMNPlify

“stunningly honest songwriter… Musically Rachel Maria Cox sits somewhere between Suzi Quatro and Britney Spears; a glorious and completely unforgiving crossroads of classic rock and pop diva sensibility hung off the accent of someone who lives in Newcastle” – Laundry Echo

“Rachel Maria Cox is a talented young singer, songwriter from Newcastle who breaks your heart with songs about their life… beautiful and honest in its delicate detailing of personal struggles” – i-D

“It’s nothing short of a stunning debut LP from a very important new voice in the Australian Music Industry, and my favourite release (so far) of 2017. Although it comes across as effortless, the intricacies of the songwriting – a mix of trivial anecdotes and gut-wrenching realities – make this album incredibly unique & highly memorable” – The Brag 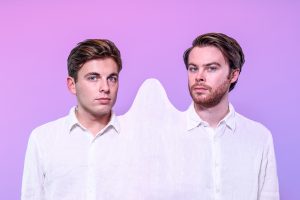