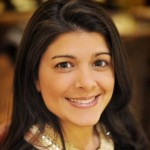 As Senior Vice President, Business and Legal Affairs for the National Music Publishers’ Association, Danielle’s primary role is to protect and enforce the copyrights and intellectual property interests of songwriters and music publishers.

Danielle has aggressively fought digital piracy and infringement through her work litigating against services including YouTube, Limewire, LiveUniverse and Fullscreen, leading to three favorable industry-wide settlements and a judgment against LiveUniverse.

She also works with the largest companies, digital services and record labels to ensure that publishers and songwriters are being fairly compensated for the use of their works. This has resulted in her negotiation of model industry licenses with YouTube for user generated videos on that site, with major record companies for music videos and more recently with YouTube multi-channel networks, which have enabled many publishers to license and be paid for the first time for the use of their songs in digital music videos.

Danielle oversees NMPA’s takedown program, which focuses on shutting down or licensing illegal lyrics, sheet music and tablature websites, and has resulted in the licensing of dozens of lyrics sites which are now paying royalties to publishers and songwriters. Before the Copyright Royalty Board, she represents publishers and songwriters in their fight for fair mechanical royalty rates in Section 115 and Section 118 proceedings, including in the most recent industry settlement of the Section 115 proceeding in 2012. Prior to joining NMPA, Danielle was an attorney at Paul, Weiss, Rifkind, Wharton & Garrison LLP. Danielle graduated from Georgetown University and the University of Pennsylvania Law School.