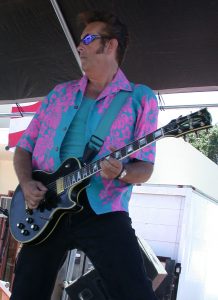 Veteran West Coast performer. Songs that he has written have been

used in major motion pictures like “The Game” starring Michael

Douglas and Sean Penn. Dave has also had his songs placed in

that was written just for them by Dave. Dave’s current Album/CD “Big Daddy D”

features the Jordanaires on two (2) tracks. They sang back-up for

Elvis Presley & Ricky Nelson among others.

Dave’s has three (3) solo albums/CDs have all gone Top-10 at College Radio on the C.M.J. NATIONAL Charts.