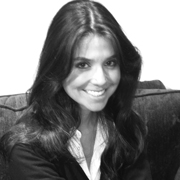 Diana is the CEO of Criteria Entertainment; a Los Angeles-based, full service firm that offers Hispanic and Anglo / General Market musical artists, consumer brands and other entertainment properties a full range of services for the Latin American region, ranging from marketing and promotion to rights management and brand partnerships/integration.

In September 2009, Diana Rodriguez became the first female to be appointed to the top post of a major U.S. Latin record company, when she was tapped as Senior Vice President of EMI’s U.S.-based, Spanish language division, Capitol Latin.

During her time at EMI, Rodriguez has revitalized Capitol Latin with her dynamic management style, which is evident from: (a) the label’s improved market share year-over-year; (b) the return of legacy acts who had left the label due to disputes with past EMI management (A.B. Quintanilla, Grupo Bryndis); (c) the label’s commitment to creating synergies with major brands and media partners for the execution of multi-platform marketing campaigns that coincide with major artist releases (e.g., brand partners include AT&T, Nuvo, Belvedere Vodka and Moet-Chandon; media partners include MTV and Sony Pictures); (d) the label’s shift to an artist-focused global rights management company (i.e., all 3 of Rodriguez’s new artist signings contain a “full rights” element); and (e) Rodriguez’s selection and seamless implementation of new marketing and promotions teams within the label, whose success stories include #1 radio hits by Juan Luis Guerra and Belinda.

Despite the ongoing changes at EMI, Rodriguez has remained undeterred and committed to the task at hand, and in the process, achieved a result that is not easily quantifiable, but very much observed.  The devout respect of her colleagues; both men and woman alike.

Rodriguez began her career in 1993 at the age of 23 as a radio promoter for ToCo Records, a dance music label in her native Bogota, Colombia that was distributed by Phillips.  She later moved on to Polygram, which was thereafter acquired by Universal Music.  At Universal Colombia, Rodriguez ascended to the role of Sr. Frontline Product Manager for the Andean Region of Latin America (i.e., Colombia, Ecuador, Venezuela, Peru and Central America).  In this capacity, she created and executed the marketing campaigns for acts such as Metallica, Bon Jovi, Kiss and Def Leopard, and was the label manager for Juanes’ first album before moving on to her next post as marketing director for EMI Colombia. She remained there until 2004, when she was relocated to Miami to take on the dual role as head of marketing strategy for EMI’s Latin region, as well as the head of international exploitation of Latin music for the world outside of the U.S.  In this role, Rodriguez supervised the international marketing strategy for RBD, EMI Mexico’s multi-territory phenom that sold over 10 million records worldwide.  Thereafter, in 2008, in addition to her obligations to the Latin Region, Rodriguez was relocated to Mexico City to run EMI Mexico’s marketing department.  Along with her traditional marketing functions, Rodriguez was tapped with the responsibility of integrating the marketing departments of EMI Mexico and Televisa EMI Music, which occurred following the wind-down of EMI’s joint venture with Grupo Televisa.  While in Mexico, Rodriguez created and executed the marketing campaigns that supported Depeche Mode’s release of “Sounds of the Universe,” as well as the Platinum-certified release by Mexican rock favorites, Zoe.