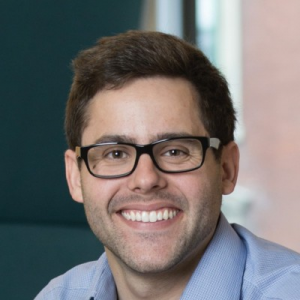 Drew Silverstein is the VP of Music at Shutterstock where he is responsible for Music business strategy and performance. Previously, Drew was the CEO and co-founder of Amper Music which was acquired by Shutterstock in November 2020. Founded in 2014, Amper Music combined the highest levels of artistry with groundbreaking technology to empower anyone to create unique, professional music, instantly. He is part of the Forbes class of 2018 “30 Under 30” list for music. Prior to Amper Music, Drew was an award-winning composer, producer, and songwriter for film, television, and video games in Los Angeles at Sonic Fuel Studios. Drew graduated from Vanderbilt University’s Blair School of Music, where he studied Music Composition and Italian, and holds an MBA from Columbia Business School.