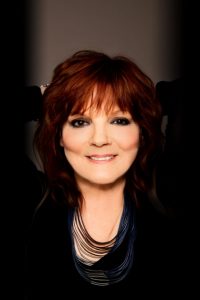 Indie Country-Pop Artist Eileen Carey’s last eight straight singles topped the New Music Weekly Country, Adult Contemporary and CHR charts, with titles like Bottle Your Crazy Up, In the Air, Good Bad Girl, Faith, That Town,Everything That Reminds Me of You Meet Me Halfway, Finally and now the current charting Keep Your Love To Yourself. She is currently the New Music Award’s Female AC/Hot AC Artist of the Year, the most recent in a string of NMA awards Eileen has attained over these past few years.

Carey, who has also won a number of LA Music Awards, is known for her tough love positive messages that can be described as “a little bit cosmopolitan, a little bit country, a true musical chameleon, blending pop and rock and country influences with ease.” She has shared the stage with classic acts such as Rita Coolidge, Jefferson Starship, Don Mclean, Martha Davis & the Motels, Wilson Phillips, Albert Lee, Johnny Rivers, Peter Noone, and many more over these past few years.

This Cleveland native and Altadena, California resident, a onetime actress with roles in Basic Instincts, the Original Batman, the attorney in the Ray Charles Super Bowl Diet Pepsi commercial, the Country Music Mom in the Nick Jr. show Take Me To Your Mother and her years as a Supercuts Artist Ambassador has had a deep influence on Eileen Carey’s music, and added to her view of what a great song is all about.

Known for the quality of her recordings Eileen’s music is pre-cleared and ready for usage in all media. More about Eileen Carey: www.EileenCarey.com