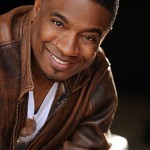 Elvin has recently included the title of film director to his repertoire for the documentary feature, “Kunta Kinteh Island,” which exploits the events of the renaming of James Island to Kunta Kinteh Island in The Gambia, West Africa.

In recent years, Ross has composed memorable melodic movie scores for Tyler Perry’s Diary Of A Mad Black Woman, by Lions Gate Films and follow-up movie, Madea’s Family Reunion. Elvin’s stage play musical credits include the complete collection of Tyler Perry’s plays including Bishop T.D. Jakes’ “Woman Thou Art Loosed,” and “Behind Closed Doors.” Ross is currently the weekly composer for the TBS/Tyler Perry Studios television sitcoms House of Payne, Meet the Browns and For Better Or Worse. In 2008 and 2009, ASCAP honored Ross with the ASCAP Film and Television Music Award for the music from “House of Payne.” ASCAP presented the prestigious award to Elvin again in 2010 and 2011 for the music from “Meet The Browns” and recently received the same acclaim for  Tyler Perry’s ”For Better Or Worse.” Elvin is currently the weekly composer for Tyler Perry’s “The Haves and The Have Nots” , “Love Thy Neighbor and If Loving You Is Wrong.”