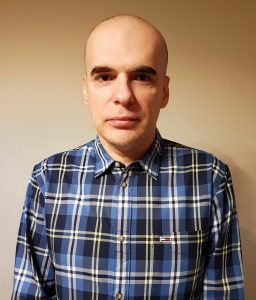 Music journalist, magazine editor in chief, radio host, composer, producer, remixer, label owner, music supervisor, DJ extraordinaire, genuine music lover… Emil Hadji Panzov wears many hats on his mission to prove that good music will prevail. Over the course of almost thirty years he always insists that “a great song does not have an expiry date” and tries to prove that in the most effective way possible, by exposing it to a wide audience through whatever medium available – heavy radio rotation, a successful release or a cool sync placement.

Hadji Panzov launched Filter Label in 2007 as a modest outlet to release his own music. Overwhelmed by the quality of demos that began arriving from all corners of the world, he realized that the platform could grow into something bigger and much more important. Over a decade later, Filter Label has grown into a moving force on the European music scene, becoming a preferred music partner of many creative agencies, advertising companies and music supervisors.