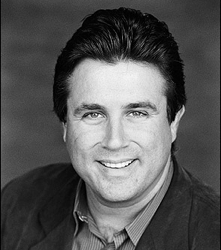 “The directories give everyone vital, accurate and the most up to date information they need to contact the entire A&R, music, publishing, legal and film/TV music communities,” says Ritch. “Each directory tells you how to reach these industry veterans by regular mail, E-mail (including web sites), direct dial telephone and fax. Additionally, we provide the exact title, street address, the name of their assistant and the style of music that each executive deals with. Due to the volatile nature of A&R, the A&R Registry is completely updated and reprinted every eight weeks and often has over 20-30 changes in a single issue. There’s no directory of this kind anywhere in the world.”

Ritch started out as a promotion coordinator for A&M Records in Los Angeles in 1980-81. He coordinated releases with radio stations as well as the national field staff, providing promotional prerelease information on what competitive stations are playing, informing stations on status on how a record was selling and overcoming objections and resistance to broadcasting new releases. He also ensured that all field staff had product and took care of any product needs for radio stations.

From 1981-1987, Ritch was director of West Coast A&R for Arista Records. He signed The Thompson Twins to their US Deal as well as Mara Getz. He worked extensively with the publishing and songwriting communities for material for Whitney Houston, Aretha Franklin, Dionne Warwick, Melissa Manchester, Tanya Tucker, Jennifer Warnes and Jermaine Jackson. He also coordinated music for the “Ghostbusters” and “Perfect” soundtracks.

From 1988-1991, Ritch worked on various independent projects. He produced the award-winning educational video for artists and musicians, “How to Get a Record Deal.” “At the time, it was the only video of its kind examining the frequently misunderstood process from five different perspectives: record company executives, A&R VPs, artist managers, record producers and 16 major artists including Los Lobos, Mark Knopfler, Phil Collins, Jody Watley, Karla Bonoff, Michael Bolton, Fleetwood Mac, Chick Corea and Kenny Loggins,” says Ritch. Producers Phil Ramone and Jeff Baxter are also interviewed in the video.

Ritch has organized and coordinated the events and activities of The Independent Music Conference in Los Angeles sponsored by BMI. The three-day symposium addressed problems facing recording artists, including publishing, management, touring, obtaining record deals and exploring alternative ways to bring music to the public.

In addition, he has written articles for Music Connection, New England Performer and Musician.
He teaches various classes on the Music Business at Musicians Institute as well as SAE (School for Audio Engineering) and has also taught at UCLA Extension.