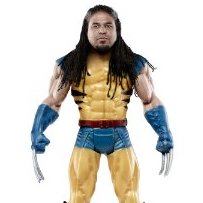 Danny got his start in the music industry as a DJ and live mix engineer at the esteemed 88.9 WERS in Boston, before bolting westwards to work in EMI’s Film/TV department.

Since those days he has built a strong career as a Music Supervisor for features, television and theatrical marketing.

His credits include film marketing campaigns for Edge Of Tomorrow, Lone Survivor, The Avengers, Wreck It Ralph, Watchmen, The Dark Knight, and X Men: Days Of Future Past, as well as the independent films Come Down Molly, The List, and The Ballad of Genesis and Lady Jaye.

He has been nominated twice for a Guild of Music Supervisors award for Best Use Of Music in a film trailer. Danny is currently a partner in the music supervision collective High Bias and the Director of Music at the film marketing agency Workshop Creative