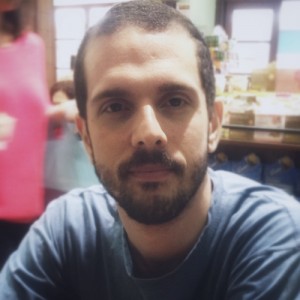 Felipe Zenícola has been working with music and audiovisual for more 10 years. In 2005 he co-founded Rumori Desenho Sonoro, a company that provides sound design and music solutions for all kinds of audiovisual projects, from TV, films, to mobile apps, where he plays a variety of roles, including music supervision and dubbing mixer. The company created one of the first Brazilian sync agencies, called BRtrax. BRtrax is a platform that represents dozens of labels, artists and catalogs from all over the world – including the American Rumblefish, and it is specialized in Brazilian music. Among its international clients are HBO, MTV, History Channel and TIM. As a producer, he has composed a great number of tracks for TV and films, including the History Channel TV show “O Infiltrado”, recently nominated for the Emmy Awards. As musician/improviser, has released more than 10 records and has participated in improvisation sessions and concerts with innovative musicians and projects from different parts of the globe, such as Paal Nilssen-Love, Zbigniew Karkowski, Bill Orcutt, Chinese Cookie Poets and Tetuzi Akyama.