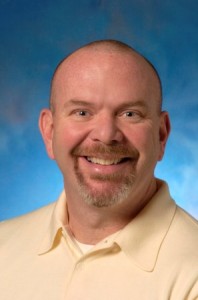 At the helm of Universal Publishing Production Music, the industry’s global leader in production music, Gary Gross oversees all aspects of the Company’s production music entities, managing more than 32 offices in various countries around the world. With a diverse and comprehensive portfolio of UPPM-owned repertoire, the Company’s libraries include Chronic Trax, EVO, FirstCom, Killer Tracks, MasterSource, Network Music, and OneMusic from the U.S.; Galerie, Koka Media and Kosinus from France; Match Music from Sweden; UBM from Germany; RCAL from Italy; Vitamin A from Australia; and Atmosphere Music, Match Music, Bruton and Chappell in the U.K. UPPM has production music library operations throughout the world, including the U.S., U.K., France, Germany, Benelux, Hungary, Italy, Scandinavia, South Africa, Australia, Spain, Greece, Turkey, and throughout Asia.

UPPM is the preeminent supplier of high level production music throughout the world and serves the burgeoning business that creates, produces, and licenses music for use in film/TV, advertising, broadcast and corporate clients. Owning both the Master and the Copyright for the composition, UPPM allows clients to license music both in an easy and affordable one-stop shop.

Beginning his career in the world of consumer packaged goods, Gary worked for such Fortune 500 companies as Procter & Gamble, Kraft Foods, and McKesson Corporation. In 1997, Gary followed his passion for music and joined Killer Tracks, at the time a small “production music” company recently acquired by Bertelsmann Music Group, where Gary was quickly promoted through the roles of VP Marketing, VP/GM, SVP/GM to President of BMG Production Music in 2002. Under Gary’s leadership, the business grew from a small operation to become one of the most healthy and vibrant segments of the entire music business.

Gary has also served as a board member on the PMA (Production Music Association) for the last 8 years.