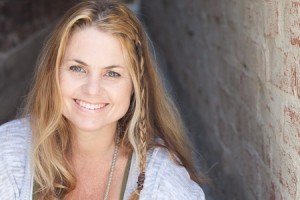 Gilli Moon is a Singer/Songwriter, Recording Artist, Music Producer and Creative Business Strategist. She is world renowned as the voice for Artists, having created a global community of devoted followers, empowering artist entrepreneurs, songwriters and “creative warriors”, inspired by her unprecedented DIY artist success and her unparalleled expertise. Gilli has provided platforms for over 50,000 artists and creators to become engaged, enlightened and empowered plus she has over 100,000 followers and fans of her own creations, music recordings and live performances as an artist. She is a self-made brand.

Originally from Australia, Gilli Moon is a unique, and energetic chanteuse and songwriter with a 7 CD releases to her name, toured the world, and has worked with highly respected artists such as Simple Minds, Placido Domingo and Eric Idle. Gilli’s songwriting has proved strong for her career, being an international award winner. Some of her award credits include Song of the Year by the Benelux International Song & Culture Festival (The Netherlands); Best Popular Song by Johnny Dennis Light Music Awards (Australian Guild of Screen Composers), Twice Best Solo Artist at L.A’s Rock City Music Awards (winning over Aly McBeal’s Vonda Shephard); nominated Best Female Singer/Songwriter by Los Angeles Music Awards; and, honored as Outstanding Contribution as an Artist by Hollywood’s Artist For A Better World organization. A diverse discography, her songs have been featured in independent films and network U.S television programs worldwide, including Nickelodeon’s “South Of Nowhere”, the WB’s “Charmed”, the Disney Film “Rip Girls,” CBS’ “That’s Life” as well as many independent films and recorded by other artists including Dutch artist, Erikah Karst (Mercury/Universal), produced by David Kershenbaum (Tracy Chapman’s “Fast Car”).

She is the CEO of her own company, Warrior Girl Music & Media, one of the first record labels and artist development that truly paved the way for “Indie” artists since 1999. With her company, Gilli Moon has launched over 500 artist’s music careers through producing and marketing a dozen artists’ albums, creating events (she co-produced The Los Angeles Women’s Music Festival) and releasing 16 music compilations (the 3 Females On Fire series, and the Art Of Men CD), as well as released 12 Songsalive! Samplers (1 a year for 12 years), plus most recently, the Sync It! Compilation (19 of the hottest songs from around the globe ready for music licensing). Warrior Girl Music’s artists’ songs have been placed on CBS, the WB, Disney Channel, Nickelodeon, MTV, and countless films, as well as rotation on radio stations worldwide.

The Creative Warrior Academy, her coaching arm, is a subsidiary of this multi-faceted company, which trains and motivates artists and creative seekers to “achieve their artistic dreams, and develop business strategies, empowering them towards a life they’ve always imagined.” Through her academy, she has also written several creative business books which are top sellers on Amazon, designed online programs, plus conducts many workshops and talks around the world.

As a philanthropist, inspired to make a difference in the music industry for songwriters, in ’97 Gilli created Songsalive!, an international non-profit public benefit charity organization for songwriters and composers, and is now the largest songwriters’ membership organization worldwide. She still volunteers from it after 18 years! Songsalive! provides song critique workshops, performance showcases, song opportunities and an online social network packed with resources, a university and networking for songwriters.

In 2013, Gilli gave birth to twins, a boy and a girl. This has certainly been her most creative and fulfilling “project” yet! She is happily married to celebrity spoken-word artist, J.Walker, and lives in Southern California.